Description: Dressing up in a costume relevant to the issue in order to draw attention. 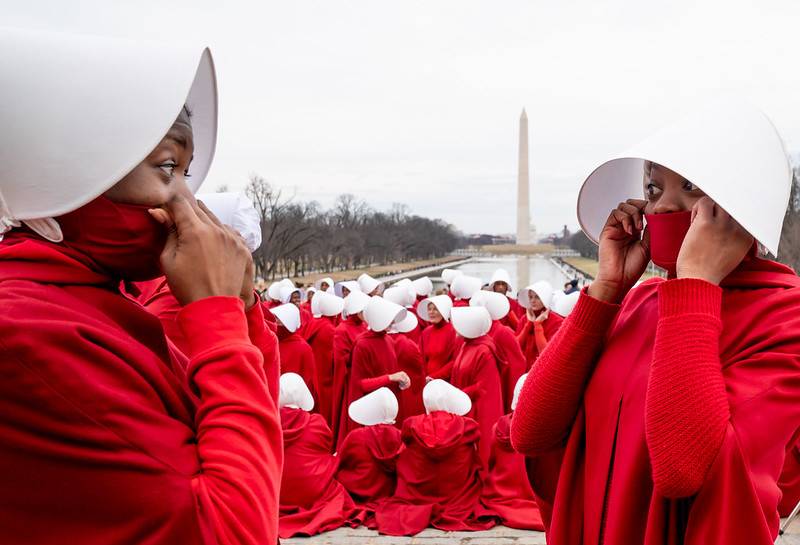 In March 2017, a bill set to restrict abortion access was working its way through the Texas legislature. A group of women, dressed in red robes and white bonnets entered the state capitol building and sat silently in the balcony. The costume, based on The Handmaid’s Tale, a book by Margaret Atwood and video series, was a recognizable symbol of patriarchal oppression. The symbol was powerful enough to spread quickly across the United States, where other groups began protesting abortion restrictions in their own states while wearing the costume. Now, there is a website called The Handmaid’s Coalition which serves as a hub for this kind of action, where activists “fight to keep fiction from becoming reality.”

Thanks to Victoria Pickering for the photo!