Description: Creating or repurposing logos to convey a message/prove a point. 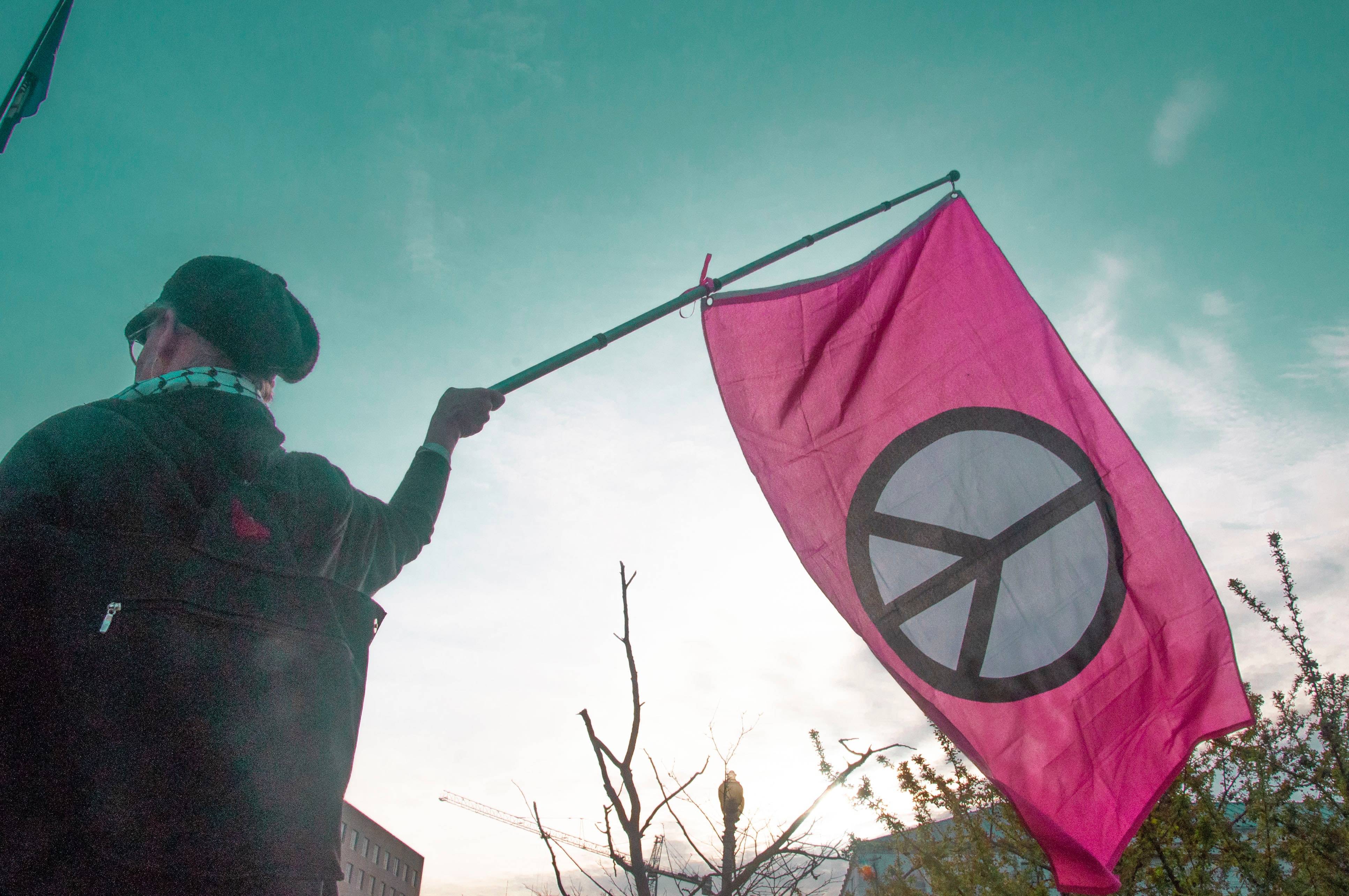 The circular peace symbol is universally recognized. It was created in 1958 for the first Aldermaston March in England, organized by the Direct Action Committee against Nuclear War, and originally symbolized nuclear disarmament. During the march, the symbol was displayed on posters and signs. Clay badges of the symbol were also created and distributed at the event with a note explaining that should a nuclear war occur, these pottery badges would be one of the few artifacts to survive the nuclear blast. Gerald Holtom created the symbol from semaphores (naval flag communication) for the letters N and D in nuclear disarmament. The semaphore for the letter N is represented by the vertical line and the semaphore for the letter D is represented by the lower, diagonal lines. The combined semaphores are then surrounded by a circle. The symbol was intentionally never copyrighted and is free for all to use for their own causes, fostering its spread across the world as a global symbol for nuclear disarmament and peace.