One Person Protest (With or Without Aggregation)

Description: A single activist doing some action of protest/appeal. Individual actions can be replicated, coordinated on a large scale by many people. 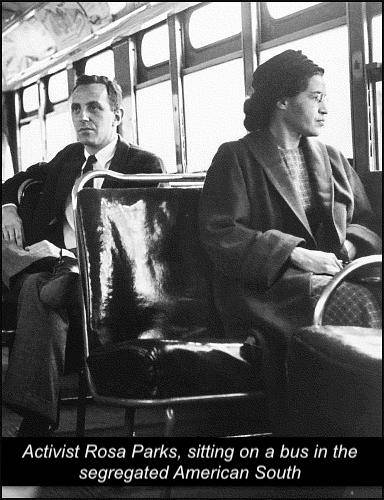 In November of 2008 in the Buenos Aires' Plaza Francia, you could find the rare sight of a young man melting into a puddle of himself. A young protester created this curious spectacle in order to draw attention to the global threat of climate change. Working with the Red Cross of Argentina, the man passed out fliers urging passers-by to take the necessary steps to mitigate climate change. The protest's novelty and creativity drew lots of attention, helping the protester to reach a large audience despite being a single person.

Example: Rosa Parks Refuses to Give Up Seat