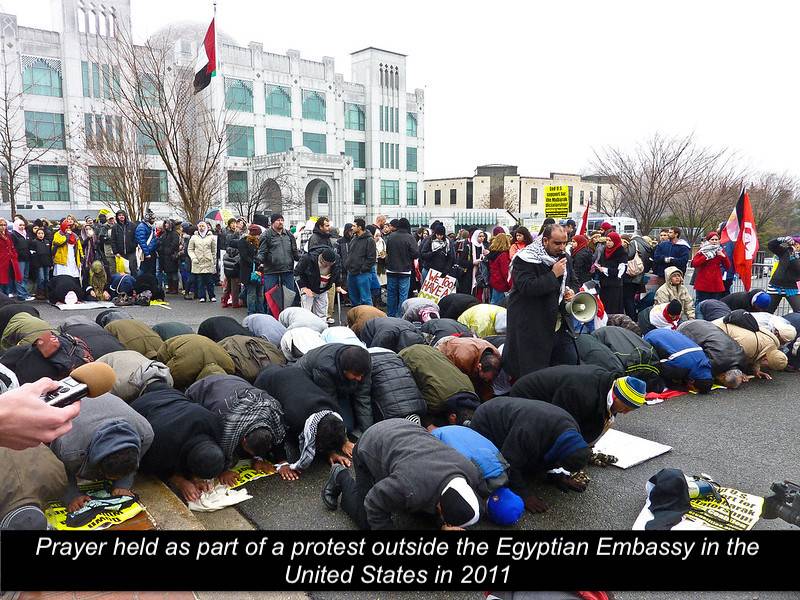 In October of 2016, hundreds of Muslims gathered next to the Colosseum in Rome to protest the closure of local mosques. Although 1.6 million Muslims lived in Italy at the time, the government only recognized a few official mosques, forcing many to establish makeshift mosques that local government could easily shut down. Tired of the criminalization of their worship, hundreds gathered to kneel on prayer mats just meters away from the colosseum, an iconic Roman symbol. Some protesters held signs reading "peace" and "open the mosque." The protest clearly communicated the will of Muslims to practice their religion despite government restrictions and signaled their determination to change government policies to permit mosque around the country.