Description: Wearing or displaying a single color to express support for a campaign or movement and/or discontent of an individual or government 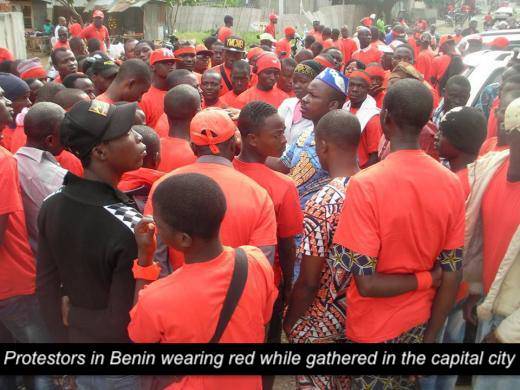 In 2015, protesters in Benin organized "Red Wednesdays" in order to pressure President Thomas Boni Yayi to not run for a third term. Yayi used both of his constitutional terms, but called on the parliament to amend the constitution and allow for him to run once again. But the people of Benin didn't want him to stay in power for another ten years. In response, protesters gathered weekly in the capital city wearing red clothing in order to peacefully demonstrate their opposition to the current government. With few economics prospects, citizens felt it is time for change. Ultimately, their united protest kept Yayi from running for a third term.